Freshman, Drew Adams stopped 29 of 30 shots to power the Pioneers to a thrilling 2-1 victory. GR would jump out to a early 2-0 lead on Austin Harrison and Josh Wiseman’s goals in the first period. 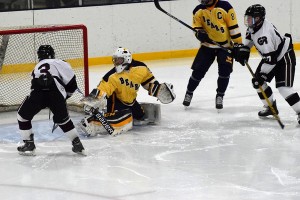 In the second, Adam Goat would cut the lead in half with a Bears goal. Heading into the second intermission, Gabriel Richard would hold a 2-1 lead. 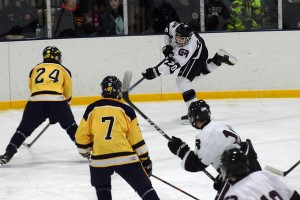 In the third, Richard would kill off a penalty early to preserve the victory. Wyandotte would add the extra attacker late in the game, however, it was the stellar play of Drew Adams and the Pioneer defense to hold on for victory 2-1.