COURTESY OF THE NEWS HERALD…

Riverview Gabriel Richard got a battle from underdog Gibraltar Carlson on Saturday afternoon in the Division 3, Region 24 championship game at Yack Arena in Wyandotte.

However, the Pioneers were able to score twice and kept the Marauders off the board on the way to a 2-0 victory and a fourth consecutive regional title.

With the win, Richard (6-3-1) advanced to play Chelsea on Wednesday in a D3 quarterfinal game at Dearborn Ice Skating Center at 5 p.m. The winner of that contest will face either Calumet or Alpena on Friday in a D3 state semifinal at USA Hockey Arena in Plymouth at 1:30 p.m. 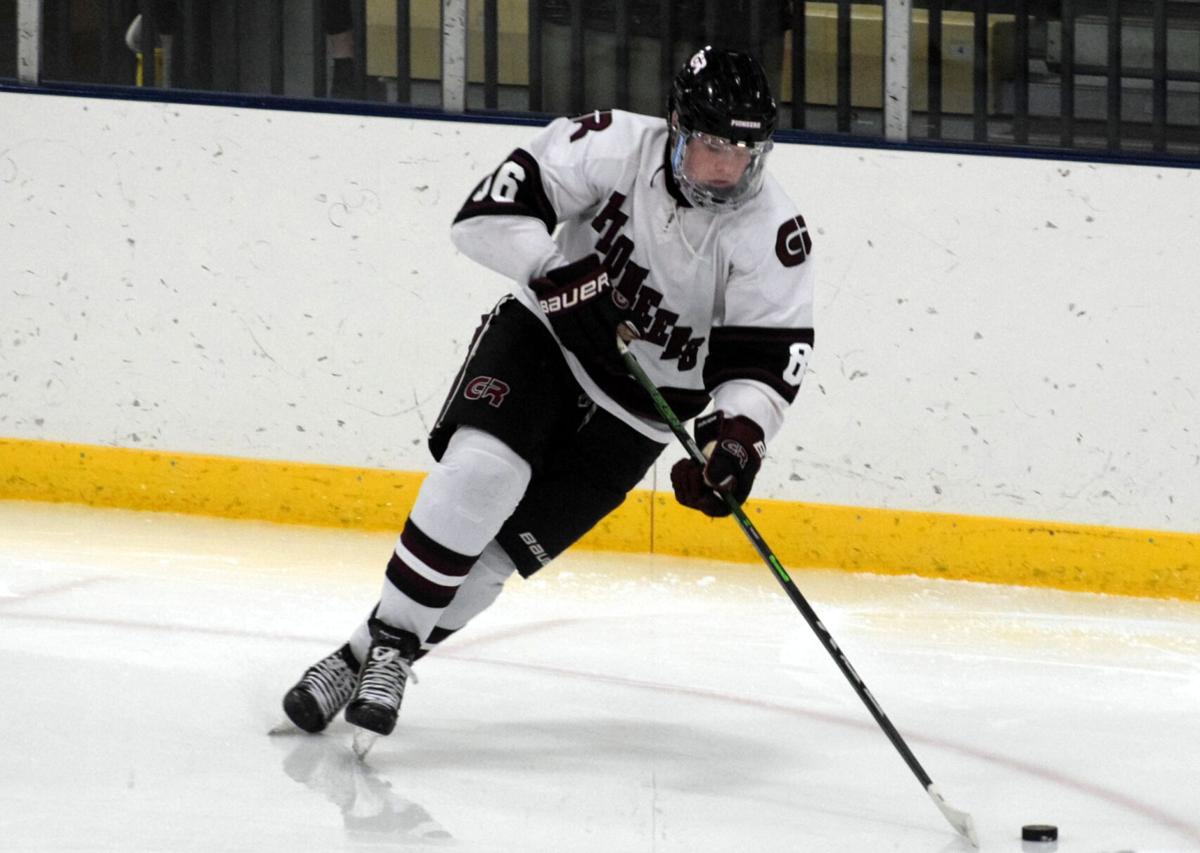 The Pioneers are looking to return to the state’s Final Four for the fourth year in a row. The squad lost in the semifinals in both 2018 and 2019 and was set to play again in the semis last March when sports were suspended due to COVID-19.

Richard’s Brody Kirkpatrick opened the scoring with a goal about six minutes into the game, assisted by Nic DiSanto.

The Pioneers went nearly 40 minutes before they could get another shot past Marauders goaltender Isaac Kolasa, who stopped 35 of the 36 total shots he faced. Richard goalkeeper Nicholas Abrahamson turned away all 15 of the Carlson (5-8) shots that came his way.

With about six minutes left in the third period, Sebastian Potter cashed for the Pioneers, on the power play, and was assisted by Jimmy Monks and Gavin Fink.

The power play came courtesy of the ninth total penalty of the afternoon, with four of the last five going against the Marauders. 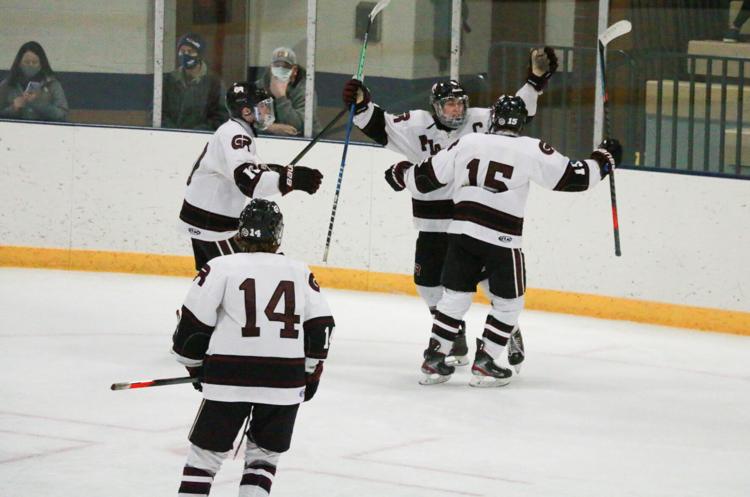 To advance to the regional final, Richard held on for a 5-4 win on Thursday in the semifinals against a determined Grosse Ile team.  The same night, Carlson rolled to 5-1 win over Monroe SMCC.

The Pioneers grabbed a quick 2-0 lead over the Red Devils (7-3-2) but the game was tied by the first intermission. Richard led 5-2 early in the third period yet was up by only one in the final minutes.

For the Pioneers, DiSanto scored twice while Vinny Sensoli, Robbie Chiles and Potter each had one goal. Kirkpatrick had two assists and one each came from Potter and Nathan Schwein.

Grosse Ile’s Adam Kargenian, Nolan Karn, Ben Carter and Travis Symons all scored in the game. Carter picked up two assists and one each was credited to Patrick Karn, Aiden Cookson, Presley Huber and Eric Ellis.

In the other D3, Region 24 semifinal on Thursday night, Kolasa turned away 26 of the 27 shots he faced against SMCC, including a few breakaways.

Jack Forynski, Bobby Breach, Brock Hunter, Joe Riley and Tyler Watson each netted a goal in the win. Riley had one assist, as did Tyler Begeman, Jacob Monette, Ashton Stec and Carson Blake.