Riverview Richard football made school history on Friday by reaching nine wins in a season for the first time ever. The Pioneers (9-1) defeated Rochester Hills Lutheran Northwest, 22-21, to advance to the district final round in Division 7. “It’s a testament to the kids working hard all season, setting a goal and believing 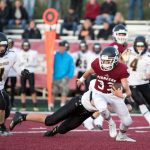 Congratulations to our Fall Sports Award Winners. On Friday, October 20th Gabriel Richard Catholic will recognize our CHSL Fall Sports Award winners at half time of the football game. The following athletes will be recognized. Please note that Cross Country has not announced their team until the completion of the CHSL meet on Saturday, October 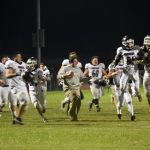 The meeting between Catholic League rivals Riverview Gabriel Richard and Allen Park Cabrini on Friday night featured major playoff implications. Richard is already qualified for the postseason, but had a chance to move one step close to hosting a playoff game with a victory. A win for Cabrini would have moved it one game closer 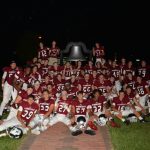 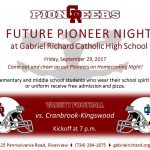 The Pioneers of Riverview Gabriel Richard remained undefeated after a Week 3 matchup against Catholic League for Madison Heights Bishop Foley on Friday night, beating the Ventures 56-14.   On the game’s second play from scrimmage, Gleason intercepted Bishop Foley (0-3) quarterback Ben Alderson and returned it roughly 20 yards to take a 7-0

On Friday Gabriel Richard Catholic will host Bishop Foley at 7pm. The game was announced as Game of the Week. Listen to all the action live on FM 101.5, AM 1400. You can also listen on: http://patriotdetroit.com/content/all/chsl-football

Riverview Gabriel Richard 56, Melvindale ABT 0: Devin Gleason had three short touchdown runs and he threw a 15-yard touchdown pass to Eric Wigginton for Richard on Friday. Nevin Hughes also added a touchdown run and Avery Reyna ran back an interception for a score. Kicker Ivan Hernandez was a perfect 8-for-8 on PATs. 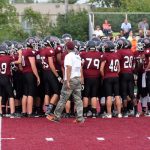 Two seasons ago, the Pioneers of Riverview Gabriel Richard were celebrating a 7-4 season, which included the program’s first-ever playoff victory. Last fall, however, a young Richard squad went on to finish 3-6 overall. The team was outscored on the season, 211-151, which was a harsh recession from the numbers a year prior. Pioneers Coach